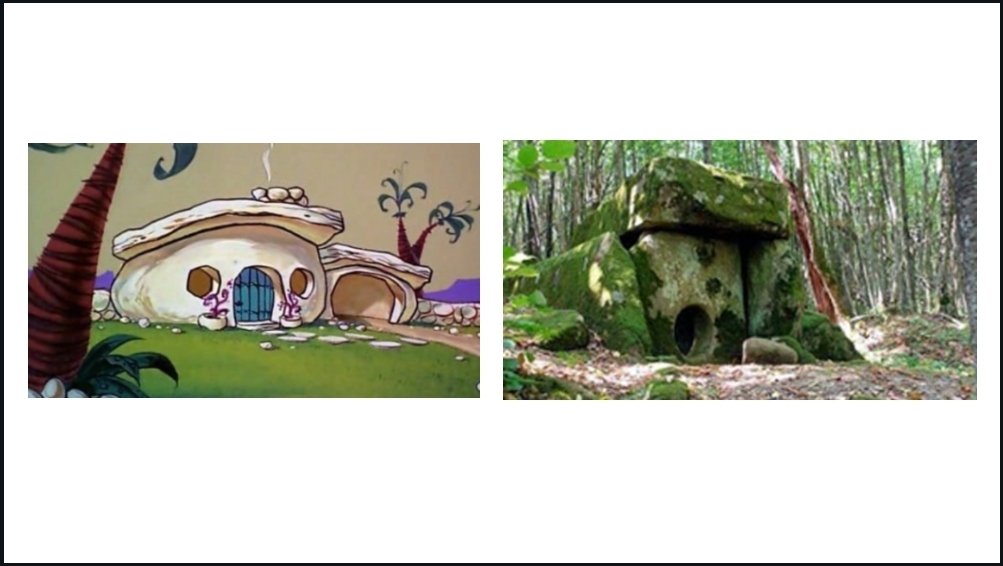 when I was little I would think “man what if people really had to live like that?” they did!

The Flintstones were my life when I was a kid with only like 4 clicker channels to choose from. Obviously Fred and Barney were nowhere close to the style of cartoons anyone was particularly “into”, especially because the number of people punched in the face per episode was so low. Somehow even a mediocre cartoon is better than no cartoon at all.

The way the Flintstones creep into your DNA is the same way Charles Ingalls became your imaginary step-dad-you-wish-you-had : attrition. No lie, I’ve easily seen every episode of The Flintstones a hundred times. I routinely refer to the misguided mentorship I’ve gotten from Fred and Barney as an example of ‘how not to play myself’.

But the houses. The appliances. The technology. That’s the world I alternately lived in. That’s the stuff that brought out the best in me. A prehistoric world where you could also go bowling. A utopia that mirrored ours- but simpler – with clean air and water. Where the gap between problem and solution was as close as minor labor exploitation of prehistoric animal friends.

Imagine my shock when I discovered that shit was real. Like REALLY REAL. Like here check it out.

yo it’s in wikipedia.

thousands of these things.

as usual Ancient Origins does it justice.

so far no evidence to support the octupus dishwasher theory

or the record player

discovering the ruins of an ancient island paradise